Helium Leak Testing – Everything You Need to Know 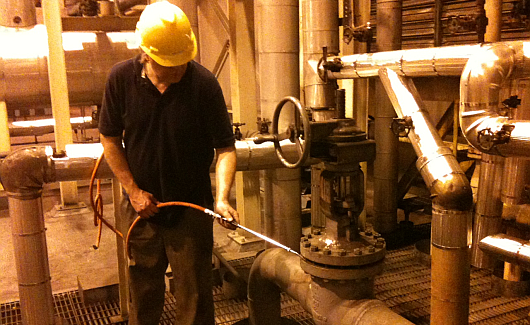 What Does the Helium Leak Testing Indicate?

A helium leakage test is carried out using a helium leak detector called a Mass Spectrometer Leak Detector (MSLD). Helium leak tests are done on pipelines, storage tankages, and vessels that carry chemicals, crude oil, petroleum products, or other liquid items to identify minor breaches in these sealed industrial containers. When leaks are found, corrective actions are taken. A helium sniff test is another name for a helium leakage test.

What Is Helium Pressure Testing Used For?

They are entirely safe if left empty and open. They can be hazardous when used as a pressure tank for an air compressor. Helium canisters are intended to be filled once and then discharged. They are designed to be kept from being repeatedly loaded with moisture-laden air and drained. A hazardous failure is significantly more possible due to the moisture attacking the steel and the repetitive pressures.

Helium leak testing is essential to guarantee the system or equipment is leak-free when employing a high-pressure or vacuum system. Helium leak detection is the most effective method for detecting leaks since helium is one of the lightest and tiniest molecules and will find its way out of even the smallest openings.

Helium (He) is a noble gas that is colorless, odorless, and tasteless. Helium has an atomic weight of 4 and an atomic number of 2. Helium was once used as a diluent for other gases, such as oxygen, in treating some cases of respiratory blockage.

Helium may induce frostbite if it comes into touch with fluids.

Helium is not flammable. However, exposure to heat or fire can create a rise in pressure, causing it to burst.

Inhaling helium can produce dizziness, drowsiness, headaches, and displace oxygen, which can lead to asphyxia.

When helium comes in contact with liquid, it can induce frostbite. Liquefied and placed in icy water can produce intense boiling.

Remove all people from the area. Always use your breathing apparatus. Stop the leak if the surrounding area is not in danger.

Adverse consequences are not foreseen at this time. If your eyes start to hurt, wash them out with clean water immediately. Seek the advice of an ophthalmologist if the irritation does not go away.

Use the proper fire extinguisher.

Adverse consequences are not anticipated.

Cautionary Measures to Take Before Handling and Storing

What Are the Benefits of Choosing Helium Leak Testing?

The main benefit of helium leak detection (HLD) testing over other methods is its increased sensitivity. It is readily automated and does not require an operator. When the enhanced sensitivity of an HLD is not needed, it might provide other significant benefits, such as quicker cycle time. It is true not only for leak testing but also for the whole process’s time and cost. As a bonus, HLD may be used for complete global testing and locating the leak’s location.